Have you ever tried to out-stare John Lydon? I have.

The first time was when I was very young. I was playing, probably drawing actually and this huge drumbeat began beating from the telly in the corner. It was slightly faster than my own heartbeat so I think I must have sped up to go along with it. I didn’t know that at the time of course but I felt it. I looked up to see this unusual man in a strange suit, arms wide, surrounded by sheets blowing from clothes lines! Not what I expected. He kept repeating, “I could be wrong, I could be right.”

For some reason this moment had a huge impact on me. 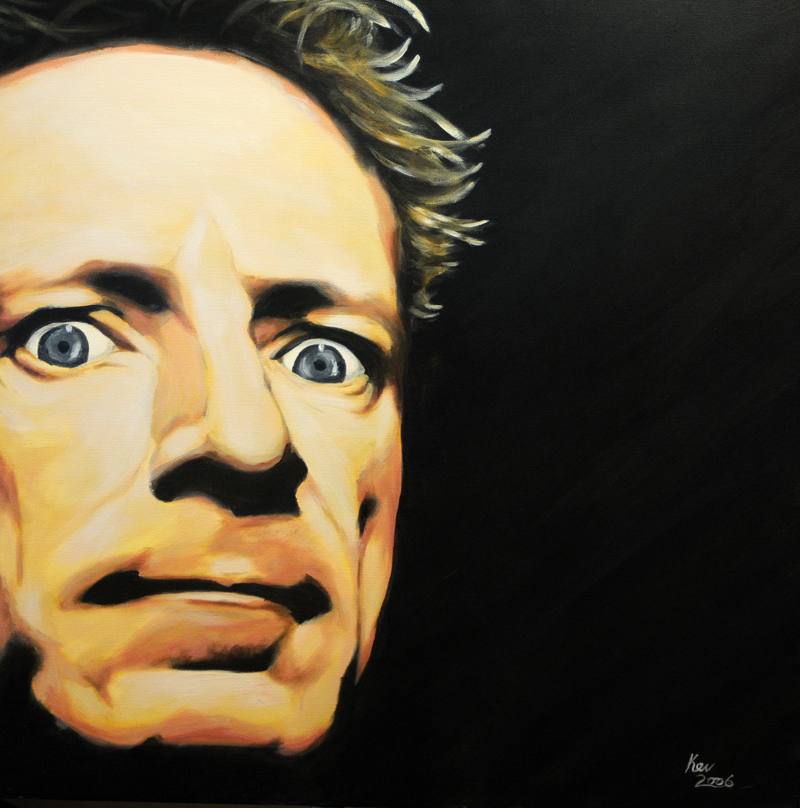 The main thing that caught my attention though were this man’s eyes. I felt like he was looking straight through the screen and could see me sitting there with my mouth open trying to understand what was happening. What was happening in fact was, for the first time in my life, I was experiencing the power of music.

The song ended, I went back to my drawing but occasionally my eyes would wander back to the television to see if he was still there. I knew neither the name of the song nor the singer and I would spend the next fifteen years searching for them both.

As I grew I discovered lots of music from the normal sources: Top Of The Pops, John Peel, Radio Luxembourgh and developed a love for rock music above all else. My favourite bands became Guns N’Roses, AC/DC, Iron Maiden, the louder the better.

I loved reading about music history, something I still do to this day and the more I read about a punk band called the Sex Pistols, the more I wanted to hear them. I was really getting into punk because of the immediacy of the songs and the passion behind them. Everything went up to eleven when I finally got my hands on a Pistols album!

I fell hook, line and sinker for the songs, the attitude and for Johnny Rotten’s vocal delivery. He meant it maaan! They became an obsession for me and I listened to them all the time. I read old interviews with Johnny and was really affected by the way he always told the truth and didn’t care if you could handle it or not. He was so true to himself in every way and was therefore, bulletproof.

Of course there was another factor in all this too: his eyes. This young man, wise beyond his years, seemed to have all the knowledge of the universe in those eyes.

I could be wrong, I could be right…these words had been swimming round my head for a lifetime and I still had no idea who they came from. I hadn’t made the connection. Then one Sunday night as I sat religiously glued to John Kenny, the only Irish DJ who had a rock show at the time, a drumbeat started and my heart stopped…

A huge wave washed over me as a beautiful melodic guitar picked out three perfect chords and a voice I’d known for a lifetime came over the airwaves. “I could be wrong, I could be right.” I couldn’t believe it. Here was THAT song and it sounded just as earth shattering, just as spellbinding, just as hypnotic as it had all those years ago when I knew nothing.

I held my breath, tried to remain calm and prayed that John Kenny would say the name of the band at the end. He did! It was Public Image Ltd, the band Mr. Johnny Rotten formed after he left the Sex Pistols, now going under his real name of John Lydon.

This was a lot to take in. The man that had become a role model and hero to me was the same man who stared me out, arms wide, sheets blowing in the wind. It all came full circle and i felt I had solved a great mystery.

Two years ago I had the pleasure of hearing that man sing that song live in Dublin and also had the privilege of meeting him after the show. I locked eyes with him, shook his hand and thanked him for everything and I meant it just as he meant it.

The song is Rise and is still my favourite song of all time.

So have you ever tried to out-stare John Lydon? I have and I recommend it.

Fine art Giclée prints of my John Lydon portrait can be purchased from my shop.