Every now and then you spend a perfect day with your favourite people doing your favourite thing and you realise what you’ve spent your whole life working on has been worthwhile.

I had one of these last weekend.

When my friends’ kitchen cabinet unscrewed itself from the wall and unceremoniously launched itself and all of it’s glass contents onto the floor, smashing everything in it and pulling a light and cable along for the ride, you wouldn’t have thought it would have lead to one of those perfect days.

After the clean up operation my friends decided to create something positive from the incident so they called me and asked would I paint them a mural. They wanted a climbing rose creeping up the wall with plaster cracking and breaking off revealing bricks underneath. 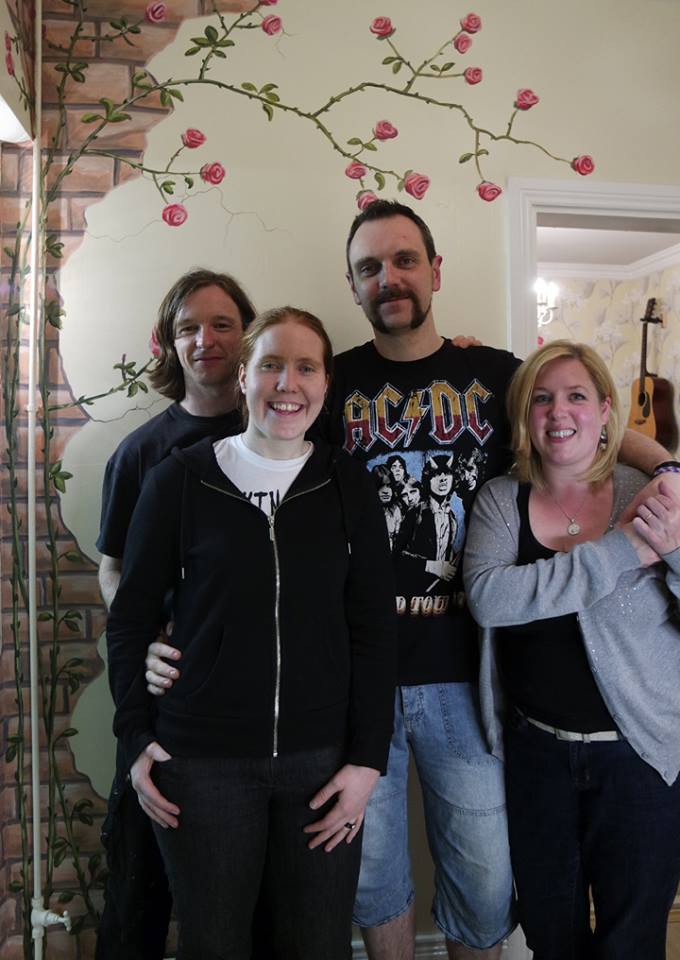 Their three girls (one of which is my goddaughter) had seen my time-lapse videos and asked could we make one of the mural. I thought this was a great idea so my wife, Jo and I set up in their kitchen and started a process that would end, several cups of tea and a pizza later, at 1am the next morning.
All the girls and Jo helped with the painting so when they look back in years to come they can say, “I did that” and remember the day they were allowed to paint pictures on their mum’s kitchen.

I enjoyed every minute of it and Jo did a great job with the video camera. I love these people to bits and couldn’t stop smiling as I went through the video footage to make the time-lapse.
We added in some photos at the end. Two are of Jo and myself alongside Claire and Kevin whose house it was. This was 1am so the girls were fast asleep by then but we got photos of them the next day.

The icing on the cake for me though is the soundtrack. It’s a beautiful piano piece that Shannon, the eldest girl is learning to play and it sets the mood perfectly.
So Jo, Kevin, Claire, Shannon, Boe and Aela, thank you for a perfect day.

You can watch the video below, enjoy!