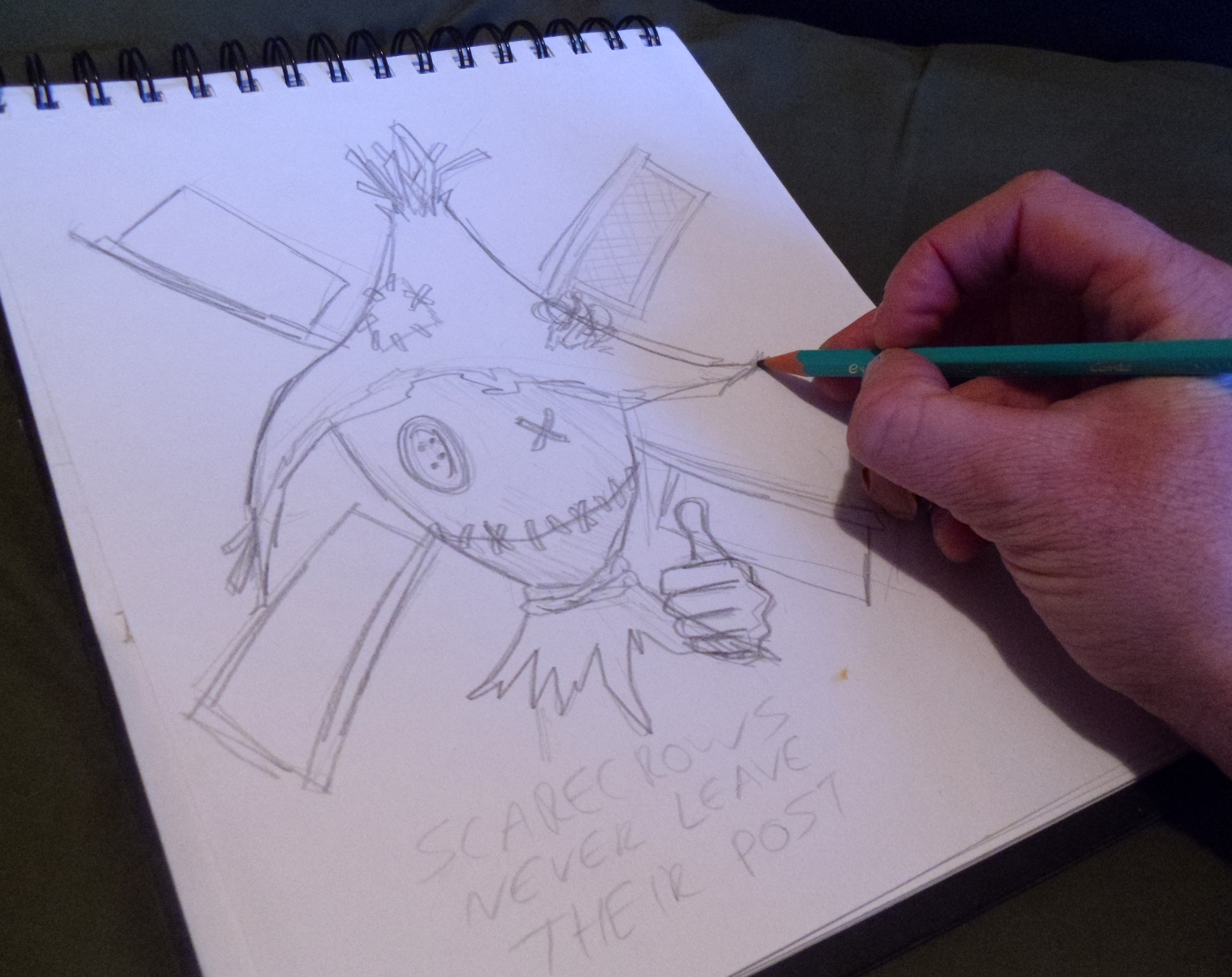 I chose one of my favourites that I had been itching to do and got stuck in. I was working on photoshop and it always takes a while to get into the rhythm of using a drawing tablet. I’m at home with canvas and a paint brush so a little out of my comfort zone working digitally but I soon fell back into it. I ended up getting half a dozen new designs completed or almost completed so I’m well on my way.

While that was going on it was time to start a project that has been on the horizon for a while. Almost two years ago I was involved in a project that came my way through Sliabh Beagh Arts. Together with a group of creative characters, I helped bring a story to life in the form of shadow puppetry in the middle of a woods. We built a stage, seats, puppet box and screen, paths and a magical environment for our audience. We had music, narration and lighting effects to help bring the story that was being played out on the screen to life. There were so many cogs that had to work together and it was really hard work to click them all into place but we pulled it off and even had the weather on our side. Everyone who came to see it loved it so of course there was talk of, “Let’s do it again” and “We can’t just leave it there.” How quickly we forget the sleepless nights!

Now, with the benefit of rose tinted glasses we have decided it is indeed time to do it again. Not exactly the same obviously, we’re writing a new story and have been brainstorming different ways of making it come alive. We’ve all been given our individual jobs and are beavering away. When the time comes, we’ll bring everything to the table and set about making it work. All very exciting and good craic. It’s very much a case of ‘getting the band back together’.
I’ll keep you posted on that!

Ok, I’ve run out of space and didn’t even get half of what I wanted to say down but it’s probably for the best, I’ll stop writing before you get fed up reading.

Till next time, stay off the beaten track.