How’s it going? Did you miss me?
Aw, me too, well let me tell you what I’ve been at…

Been a busy few weeks for me. The main thing I’ve been working on has been preparation for an art project based around a fairy tale set in the Appalation mountains which involves storytelling through shadow puppetry, music, narration and visual arts. There are four artists, including myself at the core of the project but we’ll also be involving school children, musicians and anyone else we can rope in.

I’ve the outline of the story written but it needs a nip and a tuck here and there. Once it’s finalised I’ll set about designing and creating the shadow puppets and backgrounds with school groups. I’ll also be “painting” scenes from the story with my trusty powerhose as my next series of barn murals which is where I find dirty walls and wash away everything that isn’t the picture I have in my head, leaving, well you’ve guessed it – the picture I have in my head.

The whole thing is leading up the final performance of the tale which will be in a forest on a Summer’s night. The shadow puppet play will run alongside the telling of the fairytale along with music and songs from Appalachia and all sorts of weird and wonderful sculptures inspired by the Appalation people’s traditions which are very closely connected to our own. I’ll keep you posted on our progress as we go on.

Had a weekend of good old rock n’ roll there. I was in Belfast on Thursday night at Pat Mc Manus Band’s gig. I was displaying my portrait of Pat at the art exhibition just before the gig and then again, when they played in Enniskillen the next week. Met some good people. It can be a bit nerve wracking sending your work out to be scrutinised (especially when you’re there to hear the comments) but it was a great weekend and the painting seemed to go down well with Pat’s fans. I have to thank Pat, Sallie and the band for treating me so well and for letting me into their little world once again.

Now, in case you don’t know, I am a huge Misfits fan and I thought I’d like to do something to celebrate the release of their new live album and upcoming tour so I’ve decided to have a bit of a sale. I’ve knocked 10% off all fine art and canvas prints of my portrait of Jerry Only for the first two weeks of March. Take a dander over to my DeviantArt page to check it out. Sale ends on Friday 15th March. 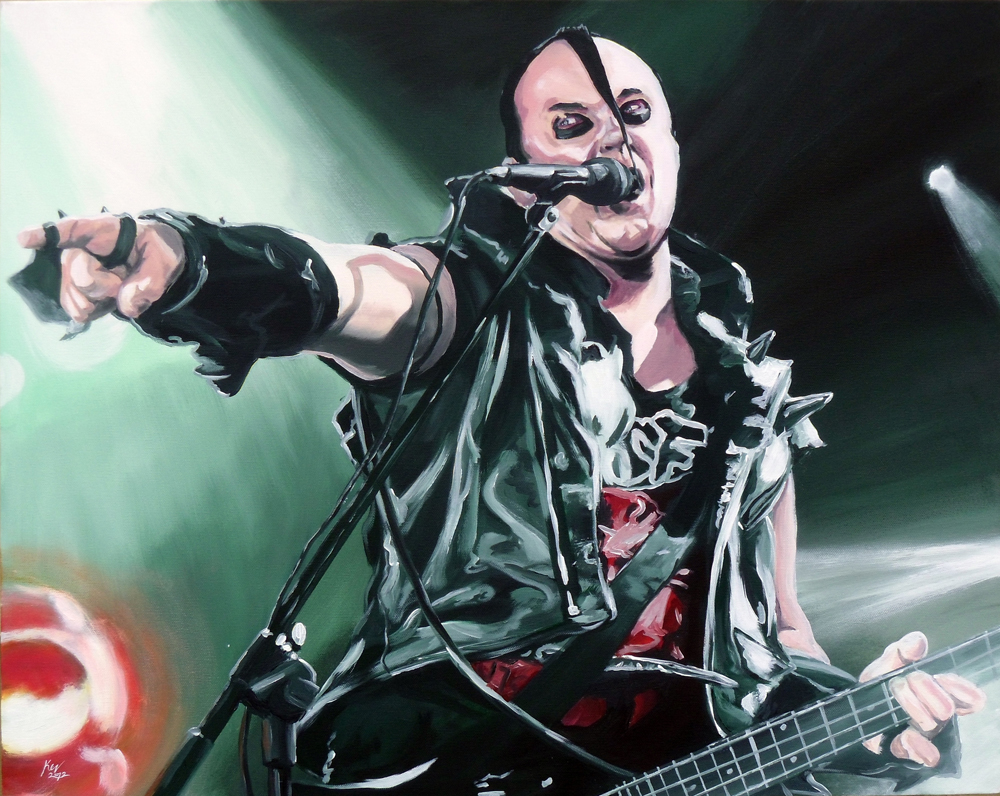