When I and three quarters of the planet discovered ‘Appetite For Destruction’ that was our Sex Pistols moment. That was Elvis shaking his hips on The Milton Berle Show, it was Neil Armstrong landing on the moon, it was a call to arms that said, “Your new life starts here, take what you can carry, leave the rest.”

Duff’s basslines and long runs on ‘Appetite…” made me sit up and take notice, probably for the first time, to this sometimes overshadowed instrument. One hell of a feat, considering the charisma and talent of the the rest of the band too! There was a confidence about him that was magnetic and it dawned on me you don’t necessarily need six strings to shake the world, you can do enough damage with four.

Over the years and through his many problems, Duff has emerged a survivor, an inspiration and an absolute hero to me. “I’m a musician, not a rock star,” he said, more than that though, he’s a human being who has shared his ups and downs with us for his entire adult life.

That is why I painted Duff.

Check out my online shop where you can buy prints of my work including Duff and many more heroes of mine, illustrations and imaginings.

Also, just for the hell of it, here is an Appetite For Destruction mural I painted for my friend, Matty James a few years back. 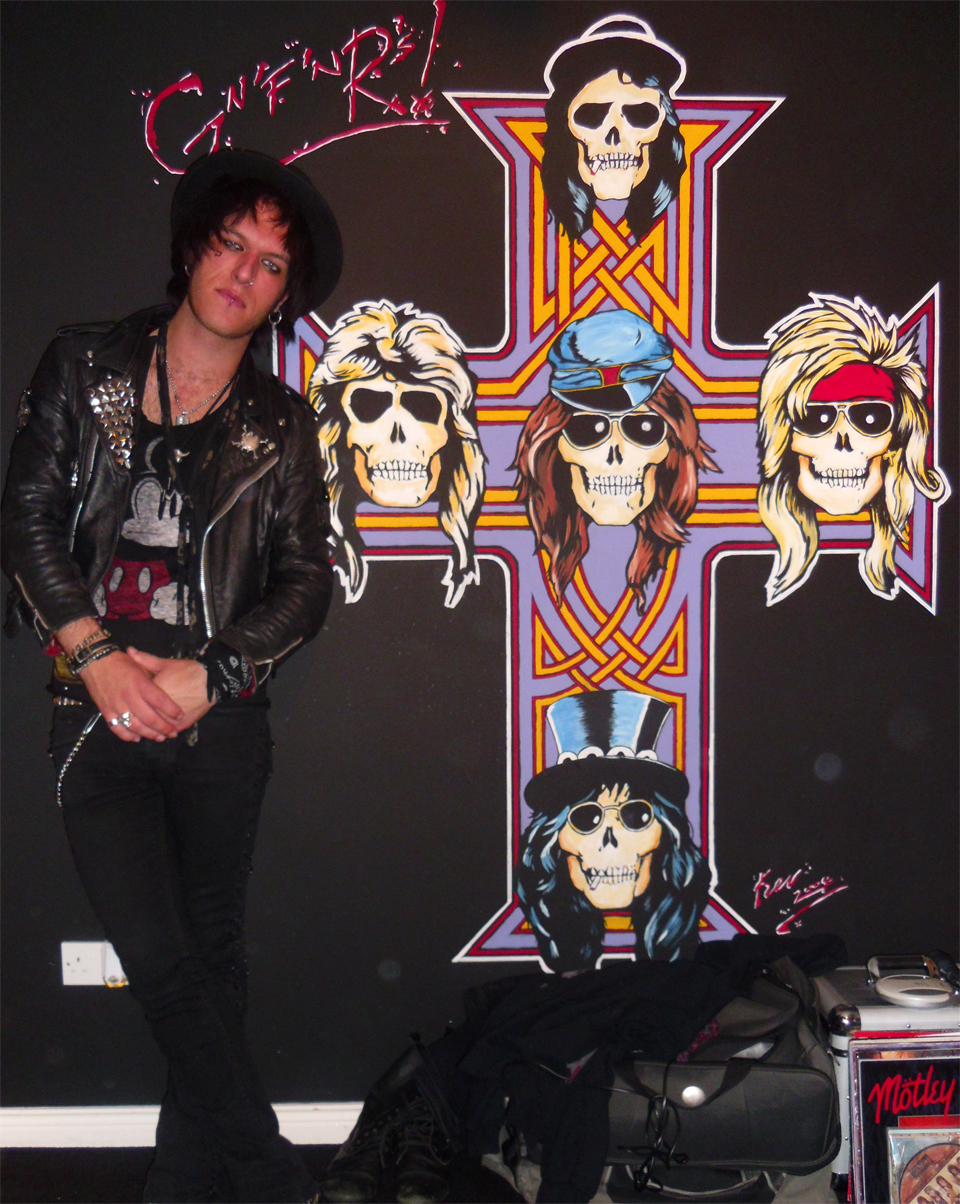